Automotive repair fraud is prevalent – especially when it comes to restoration projects. Reckless mechanics and shop owners who overcharge, install inferior parts, and mislead customers about the condition of their vehicles are disgraceful but hardly newsworthy. However, on rare occasions, allegations of fraud are so egregious that they may lead to criminal investigations and ultimately charges. 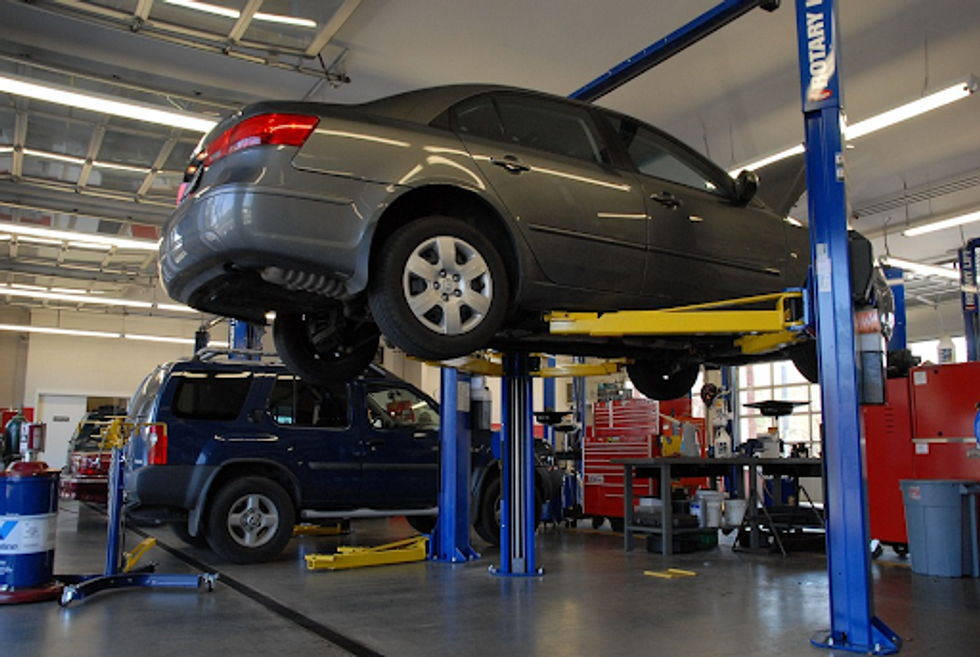 Recently a lawsuit was filed in California claiming that a Land Rover Defender specialist, Defenders Northwest LLC (www.defenersnorthwest.com) and its owners, Brian Hall and Michele Hall defrauded their customers by failing to deliver a major restoration project. The Halls and their business are based in Gig Harbor, Washington (6515 43rd Avenue Court, Gig Harbor, WA 98335), where they claim to provide parts and restoration services to the tightly-knit Land Rover Defender community. The 63-page complaint (https://issuu.com/defendersnw/docs/defenders_northwest_litigation_info_d2ddd0e6ee914f) alleges that Brian Hall and Michele Hall with the aid of their lawyer used disingenuous delay tactics including fraudulent claims that the Land Rover Defender they were contracted to restore was vandalized and burglarized on two separate occasions. Allegedly the vehicle entrusted to Defenders Northwest was used to obtain sponsored parts and car events without the customer’s permission. Ultimately, the victims did not receive the car or their money back. “It is doubtful that the Defenders Northwest even has the car at this point. If it exists, it is either just a frame or was somehow sold by way of a VIN swap,” points out the aggrieved customer, Chat Ullery, who patiently waited for the delivery for years. According to the plaintiffs, the restoration project, which ran up to mid-six figures of unaccounted fees and fabricated invoices, took almost 8 years, when finally “Brian and Michele just refused to deliver the truck and started to demand more money,” explains Alessandro Assanti, the attorney for the victims in the Defenders Northwest case. According to the documentation in the legal charges, the project should have been completed in less than six months. When the customers’ patience finally ran out, the Halls stonewalled and refused to deliver the vehicle, admitting that it was “not roadworthy”.

The niche industry that focuses on the repair and restoration of vintage Land Rover Defenders is not devoid of controversy. Defender trucks with models such as Defender 90, Defender 110, and the more esoteric, Defender 130 were banned from being imported into the U.S. The new Defenders are completely different in design and do not cannibalize the market for vintage models that are known for their ruggedness and Safari-oriented mission that leads to a cult-like following from off-road enthusiasts. Restored vintage Land Rover Defenders are often sold for high dollars that rival Mercedes G-Wagons and fall into the hands of wealthy owners who never use them for their intended off-road adventures. The restored vehicles at times violate import laws, state and federal laws that address roadside safety standards. The legal complaint alleges that Defenders Northwest and the Halls operate an illegal restoration business that caters to customers who pay extra to register banned vehicles by using industry loopholes. Illegal Defender vehicles are regularly confiscated by federal agents of the Department of Homeland Security and CPB (Customs and Border Protection) when violations of import laws are documented. It is not surprising that the restored Defender market elicits additional scrutiny from the Department of Homeland Security.

The Land Rover Defender was marketed in the United States from 1993 through 1997, but changes to DOT regulations for the 1998 model year required side-impact door beams and front-seat airbags. These are safety modifications that were not economically viable for Land Rover, given that Defender SUVs are very low-volume vehicles. Due to its ultra-rugged reputation and its resemblance to classic Land Rovers of yesteryear, the Defender remains in high demand today; it creates a strong market for imported vehicles, and parts, and ignites the passion of enthusiasts from all walks of life. The Land Rover Defender remained cosmetically similar throughout its production run, making it difficult for a tyro to tell a legal 1988 Defender apart from an illegal 1998 Defender with older VIN identifiers. Many restoration shops take advantage of these similarities to lure in customers for restoration projects that are fundamentally criminal.

Low mileage Defenders in excellent condition command truly high prices that rival those of Mercedes SUVs and other exotic trucks. The multi-million dollar lawsuit against Defenders Northwest and the Halls alleges that there is a financial incentive for unscrupulous exporters and shops such as Defenders Northwest to swap VIN plates, leaving customers at substantial risk of having their vehicles confiscated.

This is not to say that all Defender restoration projects violate U.S. laws. Some vehicles are retrofitted with modern parts and are considered legal in the eyes of U.S. customs inspectors.

We were unable to reach Defenders Northwest, Brian and Michele Hall or their lawyer and alleged partner, Shawn Harju, for comment for this story. Calls to Customs and Border Protection and the Department of Homeland Security also went unanswered. The unfortunate incident may lead to criminal charges for the Halls, and further tarnishes the controversial Land Rover Defender restoration industry.